While Google has not officially announced about the update, users are reportedly claiming to have received it. 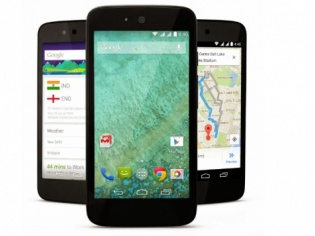 It's big news time for Android One users in India with Google rolling out Android Marshmallow 6.0 update over-the-air.

However, though Google has not yet announced anything about this officially, a few users have posted screenshots on XDA-Developers website.

Speaking about the update being rolled out, it is being said that the devices receiving the update as of now are Micromax Canvas A1, Karbonn Sparkle V and Spice Dream Uno. Surprisingly, there is no information about the latest Android One smartphone Lava Pixel V1 receiving the Marshmallow update.

We can recall that Lava had announced during the launch of its Android One smartphone that the Marshmallow updates would be rolled out as and when they are available. Considering that, we would suggest the Pixel V1 users to stay calm and wait  for a few days until they receive the update.

However, if you cannot wait for the OTA update to come to your device, you can also manually download the file for your device and flash it.

Speaking about the update, the Marshmallow update brings new features like support for fingerprint scanning, Google Now on Tap, Doze mode that is said to improve battery life, etc.

Finally, other than the Android One devices, Motorola has also announced its list of devices which will be receiving the update.

Also, the update has also been started to roll out to the Nexus line of smartphones.