May be the only other planet in our solar system to host signs of life. 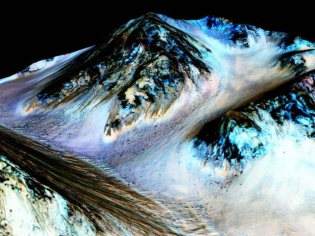 Andy Weir’s book The Martian would have have had completely different setting, if it was written today instead of back in 2011 (published). This is because NASA scientists have finally confirmed that liquid water actually flows on the red planet, Mars.

Mars has always been the world’s go to planet for signs of life. And while it has not been found just yet, scientists have managed to confirm that there’s not just ice, but flowing water as well.

This flowing water may not be in the form of a river thanks to the red planet’s low temperatures (-55 degrees centigrade), but it flows when the temperature rises to a still chilly, -23 degrees centigrade. The same has been observed and analysed thanks to images and instruments on board the Mars Reconnaissance Orbiter (MRO).

The surface temperature on Mars is -55 degrees centigrade, but the water flowing in it contains quite a mix of salts that lowers the freezing point of water allowing it to flow at a warmer -23 centigrade.

NASA still cannot confirm where the water comes from. But concludes that the recurring slope lineae (RSL) would be “generated by water interacting with perchlorates, forming a brine that flows downhill.” This or the fact that this could be some condensation happening in the Martian atmosphere. Another theory is that porous rock beneath the surface that holds water could melt in the Martian summers. 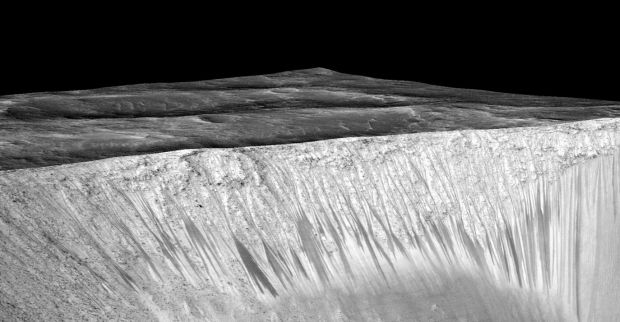 The flows have been spotted at the Hale, Palikir and Horowitz craters, and a large canyon called Coprates Chasma.Scientists say that these could be the perfect spots to begin human settlements and search for the existence of life.

Mars aside, India has now joined an elite group of nations by launching its ASTROSAT (a the first space observatory to understand the universe. The ASTROSAT which was launched with the ISRO’s Polar Satellite vehicle took off from the Satish Dhawan Space Centre. The ASTROSAT includes a telescope that uses X-rays to gaze into the depths of space. India became the fifth nation to launch a space observatory after the US, Japan, Russia and Europe launched theirs.

Quick fact: The only other planet where NASA has confirmed contains an ocean of water is the largest moon in our solar system called Ganymede (orbiting Juipter). The ocean is said to lie beneath the moon’s thick crust, a 100 miles below the icy surface.