The QWERTY slider is expected to feature Android Lollipop. 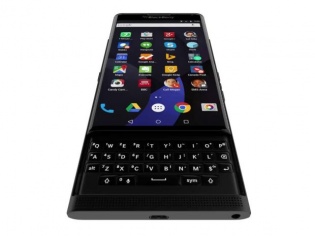 BlackBerry may not be selling a lot of handsets, but its fan-base is somewhat enough to keep the company alive. You may call it a company in a vegetative state, but one thing for sure that it is far from dead.

Recently, Samsung launched a physical keyboard accessory with its Galaxy S6 edge+ to challenge the Canadian brand. Now it seems Blackberry wants to hit back at the South Korean electronics giant with a new Android device powered by Android.

Over last few months, we have come across many rumours pointing at such device. However, now thanks to the popular "leakster" @evleaks, we have got a glimpse of Blackberry's next move.

Codenamed Venice, the upcoming device is said to pack in a vertical slider keyboard. Going by the image and video posted by @evleaks, the design is reminiscent of the BlackBerry Torch 2 9810 with a modern twist. Those familiar with early Windows Phone devices, may label it the Dell Venue Pro clone. The loudspeaker placement is intriguing though.

In case there was any doubt... pic.twitter.com/yfFfyqEg5v

According to the rumours, The Venice will run Android Lollipop out-of-the-box. Most probably. BlackBerry will replace some of the Google services with its own.

Then, there were leaked images of of a Passport-esque Blackberry. However, we found that lot to be an example of bad 'Photoshop' job.