The telecom operator is focusing more on strengthening the basic 2G network for now amidst many companies heading towards 4G services. 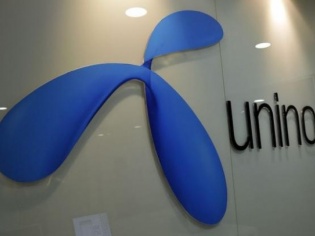 Uninor, an Indian Telecom operator and a subsidiary of Norway based Telenor Group has recently signed a Rs 1,200 crore deal with the Chinese Tech company Huawei.

As part of the new deal, Huawei will be working on the Uninor's telecom network across the 6 circles especially for the company's 2G network. Uninor has about 24,000 base stations across the 6 circles - UP(West), UP(East), Andhra Pradesh, Gujarat, Maharashtra, and Bihar (includes Jharkhand).

To recall, Uninor also bagged the network license for the Assam circle last year. However, they are yet to start their services over there.

Adding more about the deal between Uninor and Huawei, the Chinese company will be modernising 5,000 of the sites this years and the remaining 19,000 sites will be modernised next year, i.e., 2016.

It is also being said that Huawei will be Uninor's managed services partner and help the telecom operator reduce the network coverage gap by installing small mobile sites closer to customers.

While this deal may sound a little old school as the goal is to strengthen the 2G signals, the company seems to have been more focused on the customers who need better basic network.

It is also worth noting here that Uninor has a 1,800 MHz band for offering 4G connectivity that is far more developed globally as compared to 2,300 MHz band which is held by some of the Indian Telecom Operators. However, it looks like Uninor is heading towards a right path by thinking about strengthening the basics rather than bringing in new services.

Having this said, the company is also said to have plans of expanding with in Bihar as they will be increasing the mobile sites by 20% to improve the outdoor coverage.