The tablets get an optional Audio Cover with 5.1 Channel sound along with an optional pressure sensitive stylus for the ZenPad 8. Asus has finally brought in its new tablets ZenPad 8 and ZenPad 7 in to the shores of India with price tags of Rs 14,999 and Rs 11,999 respectively. However, these tablets were launched at Computex earlier this year.

Speaking about the specifications, both the new tablets feature a 1280 x 800 pixel display and Intel Atom processors.

While running on Android 5.0 Lollipop OS with Asus ZenUI skin on top, both the tablets come with an optional Audio Cover with 5.1 channel sound. Along with this, the company offers an optional pressure sensitive stylus for the ZenPad 8. To recall, Asus also launched three new variants of its popular ZenFone 2 in India at the Zen Festival in New Delhi. Apart from this, the company has also announced that it would be unveiling ZenFone Max, a sleek smartphone with a whopping 5,000 mAh battery. It will be officially announced in October and there is no word on its pricing yet. 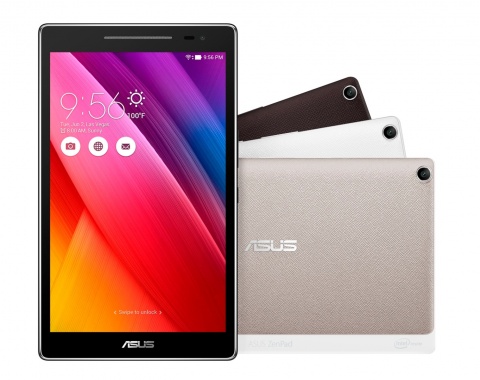 The ZenPad 7.0 and ZenPad 8.0 come in Black, White and Aurora Metallic colors.