The smartphone will go on its first flash sale on August 4 at 2 PM with registrations open until the midnight of August 3. Micromax has launched a new budget smartphone dubbed as the Canvas Xpress 2 at a price of Rs 5,999 which comes with 5 inch HD IPS display and Corning Gorilla Glass 3 to protect the screen from minor scratches.

The smartphone is said to go on its first flash sale which will kick off on August 4 at 2 PM. It is worth noting here that the registrations for the flash sale are already on starting from July 27 at 6 PM and will be open until the midnight of August 3.

Having this said, the USP of the smartphone is that it is claimed to be the most affordable smartphone in India to be powered by an octa-core processor.

Powered by a 1.4 GHz MediaTek MT6592 octa-core processor with 1 GB RAM and 8 GB internal storage space, the smartphone also comes with a microSD card slot through which the storage space can be expanded.

The smartphone comes with a 13 MP rear camera with an OmniVision sensor and dual LED flash unit with a 2 MP camera in the front. 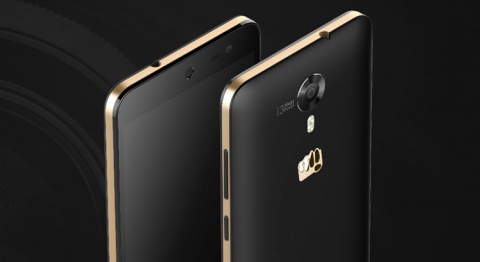 The Canvas Xpress 2 comes in a black colour rear and front along with golden coloured edges.

The smartphone also features a 2,500mAh battery that the company claims is good enough for 9.5 hours of talktime and up to 393 hours on standby mode. Connectivity options include dual-SIM card slots, 3G support, Wi-Fi, and Bluetooth, and on the software front, it runs on Android 4.4.2 KitKat.

While the company has launched the smartphone with an aim of catering the need of the mass Indian youth, it looks like the launch of this most affordable smartphone to have an octa-core processor may help to further consolidate Micromax's position as the clear market leader in the sub Rs 7,000 category.

However, considering the price point and the features, the future of the device may look bright, while it may have to compete face off against the likes of the CoolPad Dazen 1 and Xiaomi Redmi 2.