The company enters India with its 4G smartphone Umi Hammer being sold on Flipkart via third-party retailer. 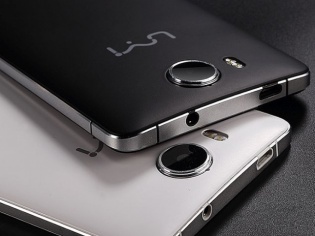 Chinese smartphone maker Umi Mobiles, which is pretty much known in the smartphone industry in China as the competitor for Xiaomi has finally made its move into the Indian market with its new smartphone dubbed, the Umi Hammer.

Available at a price of Rs 10,999, the new smartphone which the company claims to be the strongest phone ever built due to its aviation alloy frame is currently available for purchase via a third-party online retailer on Flipkart.

The listing on the e-commerce site claims the handset to be supporting the 4G connectivity while it comes with dual-SIM support.

Speaking about the specifications of the smartphone, the UMI Hammer having a 5 inch display screen comes with a Quad-Core 64 bit 1.5 GHz MediaTek processor to ensure high performance and reduced battery consumption.

Also, the smartphone comes with a 2 GB RAM, 16 GB internal memory which is said to be upgradable upto 64 GB and a 2,250 mAh battery which is claimed by the company on its official website to provide at least 9 hours of 4G internet browsing, 11 hours of video playback, 28 hours of 2G call time and 42 hours of music playback.

The listing also claims the smartphone to run pure Android operating system with KitKat out-of-the-box and soon upgradable to Lollipop.

Having said this, a video claims the handset to even sustain extreme violence and can also be washed in water.