Home » Mobiles » Rumours Say That Huawei And Google May Launch A Nexus Smartphone This ...

Rumours Say That Huawei And Google May Launch A Nexus Smartphone This Fall | TechTree.com

While we have been hearing about the possibility of the Nexus being made by Huawei, this time the rumour is about its launch. 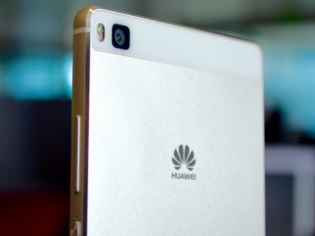 It seems that a Nexus Android smartphone may be launched this fall by Google teaming up with the popular Chinese smartphone maker Huawei.

While this is not the first time we are hearing this, The Information has recently reported that Huawei is working on the device which is said to be planned for fall.

To recall, recently, there were speculations by IBTimes UK that a source closely working with Huawei and Google has confirmed about the same.

Along with this, Android Police had also published a rumour in May which suspected that there would be two Nexus phone this year - one from Huawei while other would be from LG.

However, going deeper, we can say that Google and Huawei have been witnessing a relationship which could mutually benefit both.

But, we must remember that in China there are government regulations which actually restrict the search giant Google from conducting much business over there.

While this may strike a doubt in your minds, The information also suspects that Huawei could help Google create an App store for China.

However, while these are just speculations and rumours surfacing over the Internet, we feel that a Nexus phone by Huawei might help the company boost its existence in the US market where the company seems to be lacking for a long time now.

To conclude, we can just wait for an official announcement by either Google or Huawei about the same.