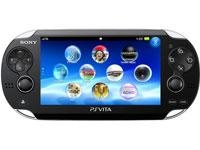 On Wednesday Sony released firmware version 1.65 for the PS Vita. Those expecting additions such as the much-needed improvements to the inept browser, a working Remote Play feature, and support for PSOne games were in for a disappointment. The update included superficial additions such as disabling certain notifications, a power-saving setting, and a few more insignificant details.

However, Sony managed to cock up this tiny incremental update, which was subsequently pulled down in no time. Fortunately, a new improved update 1.66 has already been made available. The latest instalment doesn't add anything to the 1.65 firmware, except stability. So if you have downloaded the buggy 1.65 firmware, don't forget to update it to the latest stable version.