Yu Yuphoria To Go On Sale Via Amazon India On July 2 at 2 PM | TechTree.com

The total number of units available in stock has not been revealed. 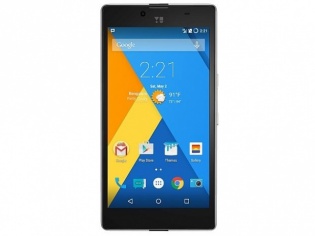 Micromax's sub brand Yu which so has launched two premium smartphones, Yureka and Yuphoria to its credit has now once again come up with another sales for its Yuphoria.

The forthcoming flash sale is being held on Thusrday, July 2 at 2 PM and it is wort noting that the registrations for the sale are already closed with no information being revealed about the total number of units available in stock.

As usual, registered users will be able to grab the Yuphoria smartphone until the stocks last. However, if you do not get a chance to grab the device in your first try, we recommend you not to give up as Amazon has a Waitlist system which actually allows you to join a line, in case first time buyers decide not to purchase the Yuphoria.

The device offers 16 GB in-built memory while it runs on Android Lollipop based Cyanogen OS 12 and packs a 2,230 mAh battery.