While the latest prototypes are fully self driven, they are being accompanied by safety drivers with removable steering wheels and pedals. 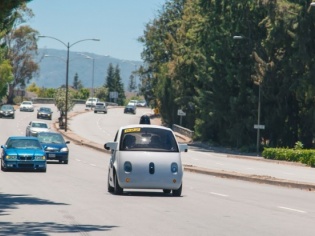 Google seems to have started testing the latest prototypes of its much talked about self-driving cars with safety drivers aboard.

Adding more in to this, the latest prototype vehicles are designed from the ground up to be fully self driving and are actually meant to be working without a steering wheel or pedals.

However, during the phase of testing these self driven cars, the official Google+ post by the company says that, safety drivers are being given removable steering wheel, accelerator pedal and brake pedal that allows them to take over driving if needed.

Also, it is being said that the self-driving cars is bring driven using the same software as the Lexus vehicles do.

This said, Google has so far reported 12 accidents involving the prototypes where injuries have been minor and it was claimed by the search giant that accidents were mostly a result of human error by the drivers of the other cars involved.