The services are now said to be available only in Delhi and Mumbai with future plans of adding other cities. 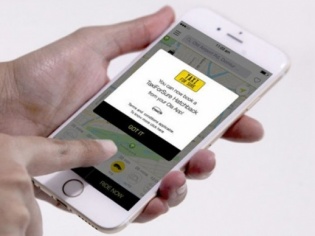 Popular mobile app-based taxi service Ola has announced on Thursday, June 25, that users can now start booking for a TaxiForSure hatchback from the Ola app itself.

Adding more in to this, Ola has integrated that TaxiForSure hatchback has been added as a new ride category as TFS Hatchback.

However, this integration seems to have been rolled out only in Delhi and Mumbai as of now with future plans of adding other cities over next few weeks.

It is also being said that all TaxiForSure rides booked via the Ola app will have to be paid for in cash only and Ola Money would not be applicable for the same.

As soon as the ride is completed, an automated invoice from TaxiForSure will be emailed to the customers and standard TaxiForSure fares are said to be applicable on all hatchback ride made through the Ola app.

To book a TaxiForSure (TFS) hatchback on Ola app, customers will have to click on the TFS icon that will be present as a new category in the app. Currently customers can book a TaxiForSure cab only through the 'Ride Now' option. The 'Inform A Friend' feature of TaxiForSure will be available to the TFS registered users.

To conclude, this integration seems to be in part of the acquisition of TaxiForSure by Ola in March this year.