The new smartphone comes under the budget range and with common features like other smartphones in the range. 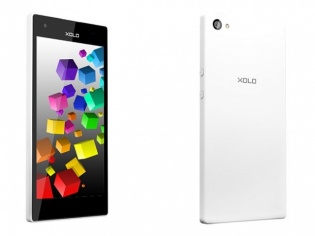 Xolo has recently launched a new smartphone in India dubbed as the Xolo Cube 5.0.

With a price tag of Rs 7,999, the smartphone is said to be coming in Black and White colour variants with dual SIM support.

Running on Android 5.0 Lollipop, the smartphone features a 5 inch IPS display with a pixel density of 294ppi and powered byt a 1.3 GHz quad-core MediaTek MT6582M SoC coupled with a 1 GB of RAM.

Coming to the camera section, the new Xolo Cube 5.0 comes with an 8 MP rear camera and a 2 MP front facing camera.

Also, the smartphone seems to be coming with an 8 GB of built-in-storage which can be expanded up to 32 GB via micro SD card.

However, the 8 GB internal storage may prove less providing the latest updates apps are getting and also the space which is expected to be occupied by the Android Firmware.

The smartphone also includes 3G, WiFi, Bluetooth 4.0, Micro USB, GPS and a 3.5 mm audio jack which are all the common factors nowadays.

The smartphone also comes with an accelerometer, ambient light sensor and proximity sensor.