The PC Stick comes with 2 GB of RAM and 32 GB of in-built memory along with Windows 8.1 OS. 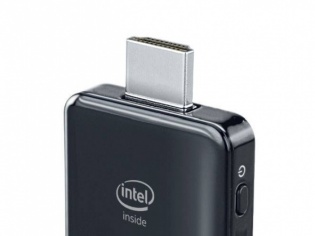 Dubbed as the iBall Splendo, this Intel powered PC stick comes with a price tag of Rs 8,999 in partnership with Microsoft India.

The iBall Splendo comes with a Quad-core Intel Atom processor with Intel HD graphics paired with 2 GB of RAM.

Also, supporting this, come a 32 GB of in-built storage and a micro SD card slot for memory expansion.

The iBall Splendo boots Windows 8.1 out of the box while is comes with a HDMI port to connect to a TV or monitor with HDMI support.

Other specifications in the device includes, a USB port, WiFi and Bluetooth 4.0 connectivity and multi channel digital audio support.

However, while the device has been launched in India now, it will only be available from July at all major electronic retail stores across the country.