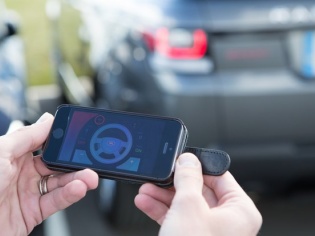 The remote control car which was shown in James Bond movies is no longer a fantasy as Land Rover comes with its Range Rover SUV and latest Autonomous Car Technology.

However, the real purpose of the remote control may be to get your vehicle past a muddy trench and not to go on a roller coaster ride like the James Bond!

Adding more in to this, Jaguar Land Rover is developing smartphone control technology that lets you pilot the Range Rover Sport at very low speeds while you are outside.

This technology is said to be helping the driver get past difficult terrain or tricky parking spots.

The smartphone app that comes with the Range Rover Sport is said to control the vehicle's speed and direction.

It is worth noting that the speed has been limited to 4 mph and the smartphone needs to be within 10 feet of the vehicle.

However, we recommend you not to go down to your local Range Rover dealer and try this out. This is just an engineering prototype and may take some time for this technology to hit the production models.

The company has also come up with this video which pretty much explains about the system. We can see in the video a person trying out the app in an Apple iPhone which hints us that the company might be working on iOS first and then might turn towards Android and other operating systems. However, it is just a wild guess after seeing the video and can be confirmed only after Land Rover announces about the same.