Home » Mobiles » Conversations In Google Hangouts Can Be Tapped

Conversations In Google Hangouts Can Be Tapped | TechTree.com

Conversations In Google Hangouts Can Be Tapped

The recent Reddit discussion thread has revealed that Hangouts does not use end-to-end encryption. 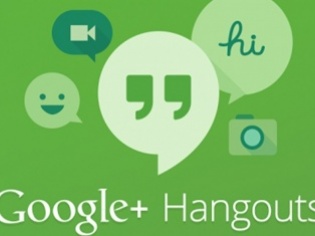 During a recent discussion on Reddit, Google seems to have admitted that the messages on its Hangouts messenger can be wiretapped as and when it receives a court order from the government.

Google's director for law enforcement and information security, Richard Salgado has confirmed in the discussion that the messages on Hangouts are actually encrypted in transit.

The announcement actually took away the discussion as it means that as soon as the messages arrive at Google's end, Google has full access.

So, it is not an end-to-end encrypted service unlike the Apple's FaceTime and Facebook's WhatsApp.

Following this discussion, Motherboard followed up with Google and received confirmation that the chat service does not use end-to-end encryption.

One more important thing users need to note down here is that, even if people turn on the 'off the record' feature, the whole data can be tapped easily at the Internet giant's end.

So, the 'Off the record' feature just prevents chat conversations from appearing in your history and it doesn't provide any extra encryption or security.