Could this be the new Samsung trying to re-invent the smartwatch? It was just a month ago that Samsung made the existence of its round smartwatch, tagged as the Orbis official with the announcement of its SDK. Samsung wanted developers to build apps for its new Gear device now tagged as “the Next Gear”.

Now that the SDK is out, devs have helped uncover a number of features including the smartwatch’s heavy dependence on the rotating bezel.

Sifting through the code, SamMobile seems to have found a ton of data and even an image of what could be the actual smartwatch. Samsung currently, in its SDK refers to the device as “the Next Gear”.

Coming back to the rotating bezel, the SDK reveals that it will be the highlight of the whole experience, similar to the Digital Crown of the Apple Watch. 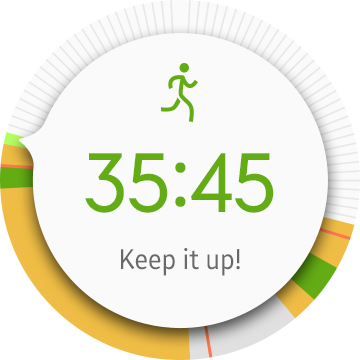 As for the little hardware details available, they are as follows:

Some of the images from the SDK also show off how the bezel that will be used to scroll through lists, and options in the settings menu. Also visible were images showing actions like zooming into an image or scrolling through the contacts directory with the rotation of the bezel.

Still then, there are gestures that are based on touch as well. But so far they seem to be minimal and limited to the homescreen and selection.

All-in-all the Orbis does appear to be an interesting smartwatch. Let’s just hope that Samsung manages to get its app bank ready in time because this something that will matter as visible from Apple’s rush to get its store ready for launch day.