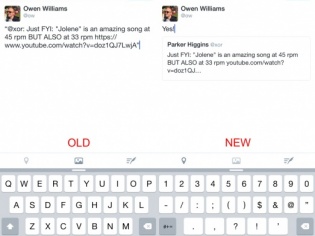 Many of us know about the "Quote Tweet" feature where the users could actually retweet the original tweet with a personal message added to it in the left over space.

But, on a surprising note, Twitter has now come to a decision to give away space up to 116 characters for its users to add comments while retweeting a tweet.

The feature can now be found on the iOS and web versions of the popular micro-blogging service.

However, we are not yet pretty sure about the feature's availability for its Android users.

Yet, keeping the number of Android users in mind, we can expect this revamped quote tweet feature to roll out soon.

Adding more, we can say that this new update by Twitter brings in many reasons to be excited about; quoted tweet do not look messy anymore in the feed and more space to reply.

To remind you, users can already embed a tweet this way by manually pasting in the link, but this was a cumbersome process that users tended to avoid.

Likewise, most of the users always preferred tweeting manually instead of using the Quote Tweet while adding commentary.