Though not yet official, the Zauba website has published the import details. 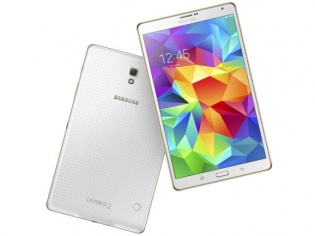 The Zauba website which tracks imports and exports into India has listed an entry of the Samsung Galaxy Tab S2 8 tablet being imported into India from South Korea.

According to the listing, the value of the device is Rs.15,857 and the website has clearly mentioned that the import is only for the purpose of testing and evaluation and nothing else. It shall be destroyed after the purpose.

The date of import is march 12.

Now, we have some clear information that very soon the new tablet will be available in India for cutsomers to purchase.

Coming to the technical details, the Samsung Galaxy S2 8 will be the thinnest tablet at 5.4mm thin. This seems to be thinner than the Apple iPad Air 2.

It is learnt that the tablet will be having a 4:3 aspect ratio and screens will be of Super AMOLED variety.

The new tablets will be powered by the octa-core Exynos 5433 CPU that powers the Samsung Galaxy Note 4.

The tablet will feature 3GB of RAM on board with 32GB of built-in storage and has an 8MP rear camera and 2.1MP front-facing camera for the selfies and video chats.

Finally, the 3850mAh battery is really a plus point for the tablet which can stay for more than a day with just a single charge.

However, there is no official word regarding the tablet being imported to India and also about the price and availability details.