Home » Mobiles » Rumour: The Legendary Nokia 1100 All Set For A Comeback

Rumour: The Legendary Nokia 1100 All Set For A Comeback | TechTree.com

Rumour: The Legendary Nokia 1100 All Set For A Comeback

Rumours have it that Nokia is working on an Android Lollipop Smartphone named after its legendary 1100 handset. 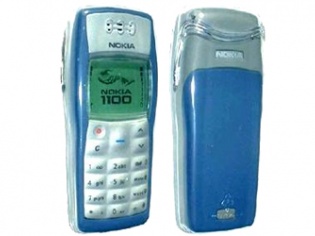 If rumours are to be believed, Nokia 1100 which was launched in 2003 as an entry-level basic phone is likely to make a come back after 12 years.

Nokia 1100 which was known as the world's most strongest and popular digital phone may be coming back with smartphone features and Android 5.0 Lollipop as its Operating System.

Rumours have it that the all-new Nokia 1100 will be powered by 1.3GHz MediaTek quad-core processor and that the phone will have a 512MB RAM.

We still have no clue regarding the size of the display, but it is believed to sport an 8MP camera supported with Full HD video recording.

However, we can't vouch on any of these news and rumours, but if at all the rumours materialize, a lot of Nokia fans who are missing the legendary handset with be excited.

While we are not sure of the re-release of the legendary 1100 as an Android smartphone, Nokia cannot sell any smartphones because of its contract with Microsoft.

We expect Nokia to officially announce regarding the rumour.

However, even though rumours are found to be true, we cannot expect the phone before 2016.