Home » Mobiles » Google Rolls Out Android 5.0 Update To Its Android One Phones

Google Rolls Out Android 5.0 Update To Its Android One Phones

The updates will be rolled out gradually with each week some randomly selected phones receiving the updates. 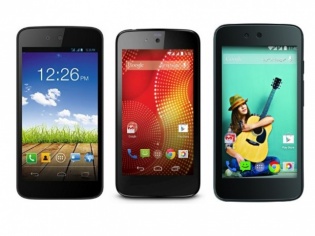 It's good news time for Android One phone users. Google has recently started to rollout the Android 5.0 Lollipop update to some of its Android One Flagship Phones in India.

It's worth to note it down that, Google had announced in early February about the same.

However, the recent Google+ post by Senguptha, Google Product Management Director has clearly mentioned that the chances of getting the update over-the-air (OTA) increases only when the phone users are connected over WiFi.

He has also mentioned in his post that the updates will gradually reach users and each week, the OTA update shall be pushed by Google to the mobile phones selected at random.

To know more, so far three Android One smartphones have been launched in India - Micromax Canvas A1, Karbonn Sparkle V and Spice Dream Uno.

Also, these three Android One smartphones come with dual-SIM support.

For now, the exact version of the Lollipop update for Android One phones in India has not yet been revealed, but the company may possibly release Android 5.1 Lollipop, as with Android One devices launched in Indonesia, Sri Lanka, and Nepal earlier this month.