Microsoft Bets Big On Wearables With Its Dorky HoloLens | TechTree.com

Microsoft Bets Big On Wearables With Its Dorky HoloLens

The headwear fuses 3D holographs to the real world around you. 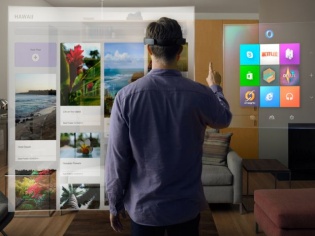 After showcasing the next iteration of its operating system, Microsoft unveiled a wearable computer dubbed Hololens. In simple words, it's a cross between the Oculus Rift and Google Glass. Compared to Google Glass, Microsoft's wearable looks incredibly dorky. Much like the Oculus Rift, this product is not meant to be used outdoors.

The USP of this device is to fuse the richly textured 3D holographs in the real world around you. This holographic computer, as Microsoft likes to call it, is a standalone device. It does not require a PC to work. To render and morph 3D elements on the real world objects, Hololens draws power from a built-in SoC (System on Chip), which Microsoft refers to as HPU (Holographic Processing Unit). According to the software-giant, the HPU is capable of processing terabytes of data from the sensors in real time. The wearer can then interact with the virtual objects with hand gestures. 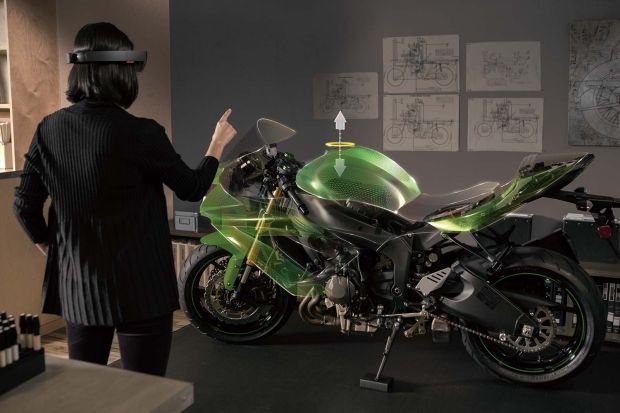 On the software front, the wearable runs Windows 10. All Windows universal apps will be compatible with the Hololens. Unlike the Google Glass, Microsoft's headgear does not feature a camera, which is actually a good thing if you respect privacy. Going by the promo video, the product seem to be useful in the field of architecture and conceptualisation. Or watch videos and play Minecraft like never before. To find out how much of that turns out to be true, we will have to wait for the Hololens to hit the stores. In the meantime, watch the official Hololens video embedded below.

Product videos are as credible as our politicians.