Home » Mobiles » Xiaomi Mi4 To Be Available In India From Jan. 28

Xiaomi Mi4 To Be Available In India From Jan. 28 | TechTree.com

Xiaomi Mi4 To Be Available In India From Jan. 28 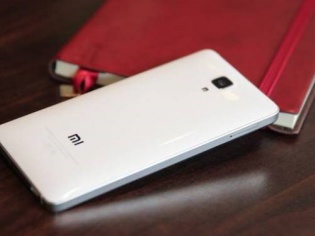 It looks like the companies are waking up to the potential of the Indian market. After being susceptible initially, Xiaomi is looking to increase its offering in India and will launch Mi4 smartphones on Jan. 28.

This comes on a day when the Chinese company is launching its Redmi 1S and Redmi Note 4G  have gone up for sale again. The company is also planning to take on the Samsung’s Galaxy Note 4 and iPhone 6 Plus with Mi5, Mi5 Plus and Redmi Note 2 that are being launched on Tuesday (Jan. 20).

Talking about Mi4, the phone with 4G capability is likely to be priced at approx. 23,000. With this the company also lives up to its promise of bring the phone to India in Jan 2015 during its launch in July last year. The Mi 4 smartphone sports a 5-inch IPS display with a resolution of 1920 x 1080 pixels at 441 ppi along with Corning Gorilla Glass 3 protection. It runs on a 2.5 GHz quad-core Qualcomm Snapdragon 801 CPU with 3GB RAM. Running Android 4.4.3 KitKat operating system sugarcoated with MIUI 6, the phone will offer a 13MP rear camera along with an 8M front camera. The rear camera will support 4K video recording.

On the connectivity front, the phone will support 4G LTE network along with 3G, WiFi, and Bluetooth and is powered by a 3080 mAh battery. It comes in with two options of 16 GB and 64 GB internal memory and 3 GB of RAM.