Rumour: Another Apple iOS 8.1.3 Update Is Coming Next Week

Has been seeded to retail employees for testing. 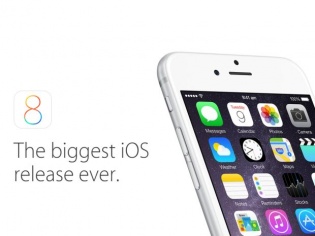 Apple is soon going to release another software update for iOS devices. Rumour is that it brings stability improvements and hopefully kills that performance issue (that came with 8.1.2) that currently gets resolved with a device reset.

There not much news about what the update brings. While WatchKit support for the upcoming Apple Watch is said to come with a future iOS 8.2 update, we guess that it is another bug fix update, that will hopefully not create new ones.

Indeed Apple delivering quick updates is indeed a good thing. While 8.1.2 solved that annoying Wi-Fi issue from 8.1.1, the update did create performance issues where everything from the menu, to the scrolling within apps and gaming frame rates saw noticeable stuttering.

Lets hope that the new update solves the issue. This is especially for those who did simply did not have the time to reset and set up their device once again.

As of now its the retail store employees that have recieved the update that is undergoing testing. This is something new indeed, coming from Apple and will hopefully lead to fewer issues that come with new system updates and the number of updates themselves.