The company’s first entry into the smartphone market seems to be a bold one. 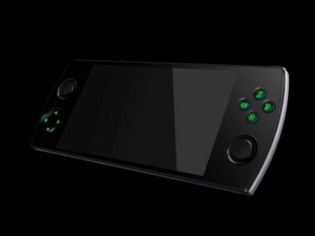 By now everyone knows how Nokia’s N-Gage series had flopped and how Android took over mobile gaming for the masses post that. Still then, it was a great effort in a time where the mobile OS simply refused to progress ahead. Well, game developer Snail Games seems to have taken a similar step at developing a smartphone for a niche market. The company announced its first devices the Snail Games W and the Snail Games W 3D at CES today.

Both smartphones look exactly the same and kind of remind us of the Sony Xperia Play smartphone that somehow fell short due to the lack of exclusive gaming titles. Snail takes another approach and sells you a smartphone that comes with 30 games pre-loaded. The device runs on a custom version of Google’s Android, so software support is clearly available. The W 3D variant brings glasses-free 3D gaming and effects with the help of eye-tracking cameras, similar to the Amazon Fire Phone. As for the specs of the gaming smartphone:

The Snail Games W and W 3D will first retail in China and the company has plans to launch the device in the US (unlocked) as well. There is no news about a global roll out and a launch date just yet.