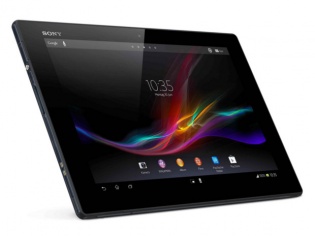 Giant tablets are now a thing, and the market for them is only expected to grow in 2015. Not one to be left behind, Japanese tech giant Sony is apparently planning to launch a 12.9-inch tablet sometime in the first half of next year, according to a DigiTimes report.

While the report doesn't specifically name the device, others expect it to be the Xperia Z4 Tablet Ultra, the existence of which surfaced earlier this month. Both reports suggest that the device will sport a 12.9-inch 3840x2400 pixel display, an 8MP camera, a Qualcomm chipset and will measure in at 8.6mm thick.

According to DigiTimes, the Sony device is all-set to enter mass production, and speculates that its cost could surpass the $1,000 mark. Based on previous rumors of Apple and Samsung getting in on the giant tablet market, Sony's Xperia Z4 Tablet Ultra could come out alongside devices from its two rivals.

Sony has apparently approached Pegatron Technology to build the device, the same company that builds Apple's and Microsoft's high-end slates. If the company is indeed planning to launch the Z4 Tablet Ultra by next summer, there's a high probability of it being showcased at the CES 2015 fare.