Government Could Review The Tech Specs Of The Akash 4 Tablet

Vendors have notified that they will not be able to meet the proposed specifications at the Rs 3,999 price point 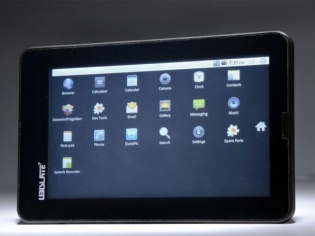 The Indian government is considering a review of the low-cost Akash 4 tablet, after vendors said they would not be able to meet specifications at the proposed cost. The Department of Electronics and IT (DEITY) which was working on the 4G tablet at a price of around Rs 4,000 has informed the Parliamentary committee of the same.

The Akash 4 project was started by former Telecom and HRD minister Kapil Sibal in the UPA government to spread education digitally. The first and second versions of the tablet sold for Rs 2,276 and Rs 2,263 respectively, and while the cost has gone up, vendors are unable to meet proposed specifications.

According to DEITY the vendor say they can't provide features such as disc writing, Java efficiency and 3G modems for the Akash 4 tablet.

He added that it has been proposed to review the technical specifications of the Akash 4 tablet, and the matter is under the consideration of the government. The issue is just one in a long line of shortcomings of the Akash program, including launch delays and complaints of poorly built products.