The device will be sold exclusively by e-retailer Amazon.in and will go on sale on January 8 India's second largest smartphone manufacturer Micromax has announced the launch of the first devices under its YU sub-brand at a price of Rs 8,999. The YU Yureka runs on CM 11 OS right out of the box, and the company claims it will be one of the first devices to get the CM 12 update, which is based on Android 5.0 Lollipop.

Forged out of a partnership between Micromax and Cyanogen, smartphones coming from YU will be treated to regular S/W updates, apart from offering more customization than stock Android. Apart from the software benefits, the YU Yureka also packs a lot of hardware firepower which should appeal to buyers in India.

The Yureka features a 5.5-inch HD IPS display with a slab of Corning's Groilla Glass 3 protecting it. The device is powered by Qualcomm's 64-bit Snapdragon 615 SoC clocked at 1.5GHz, which is coupled to 2GB of RAM. Internal storage stands at 16GB, with users having the option to use microSD cards of up to 32GB in size. 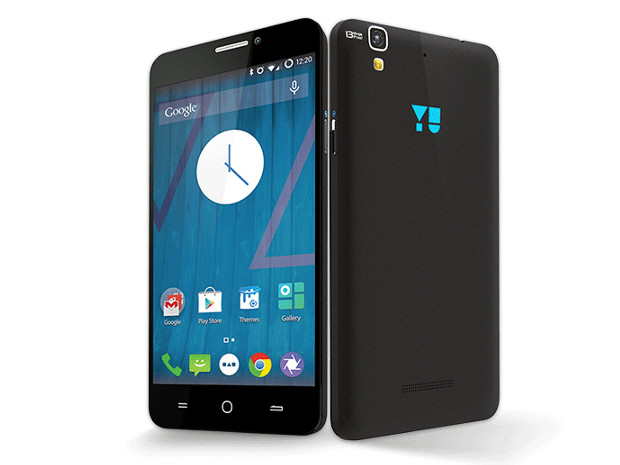 On the rear of the device sits a 13MP Sony-sourced primary camera, while the front-facing unit has an OmniVision 5MP sensor and 71-degree wide-angle lens. In terms of connectivity, the Yureka supports 4G bands with a theoretical download speed of 150Mbps, while other options include 3G, Wi-Fi and Bluetooth 4.0.

Powering all that hardware is a 2,500mAh battery which is rated at 8 hours of talktime and 210 hours of standby time. The device also supports Dual SIM cards, a big requirement for buyers in India. The Yureka will be sold exclusively by e-retailer Amazon.in in India, and will go on sale on January 8 (earlier misquoted as December 8).

Further, YU has announced that users will be able to tinker with their devices freely, with the warranty not becoming void in case of rooting the Yureka. The company is also offering free service and replacement at the users doorstep, making it an overall well rounded package, at least on paper.