Bans "thousands of accounts" belonging to the Chutia community from Assam. 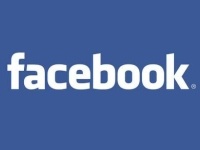 Facebook has enraged the Chutia community by blocking "thousands of accounts" belonging to members whose last name also happens to be an expletive in Hindi. The All Assam Chutia Students' Union (AACSU) has retaliated by burning effigies of the social networking website across the state. Facebook seems to have deleted the accounts in accordance with its policy of denying spam and fake IDs; unaware of the fact that it is also a surname used by a small ethnic Assamese tribe. The tribe members are particularly miffed because the moderators didn't bother digging deeper before blocking accounts en masse. Even popular Assamese artist Krishnamoni Chutia's account wasn't spared from the mass censorship move.

"Facebook has blocked the accounts of all the subscribers belonging to the Chutia community of Assam thinking the names are false and fabricated", said AACSU general secretary Jyotiprasad Chutia while addressing a press conference. Elaborating on the debacle, he explained, "For Chutia being an abusive word in the Hindi language, Facebook authorities thought that the account holders are fake and fabricated. But, they are still unknown to the fact that Chutia is an ethnic tribe of Assam which has a rich historical background in the state history''.

Not only have the Chutias demanded a public apology from Facebook, along with full reinstatement of their blocked accounts, but the students' outfit has also expressed its intention to undertake demonstrations pressurising the government to accept its 26-point charter of demands. The charter includes enforcing tribal status and reservation for the Chutia community in educational institutions and preservation of historic monuments belonging to the Chutia dynasty.