The device is expected to be part of a new Omega series, as suggested by the 'TouchOmega' hashtag 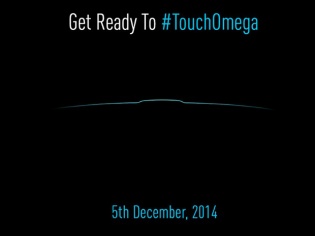 Indian smartphone manufacturer Xolo has teased the launch of an upcoming device via its official Facebook and Twitter handles, which will be launched on December 5. The image simply shows what appears to be the silhouette of a smartphone, along with text that reads “Get ready to #TouchOmega”.

According to NDTV Gadgets, the company will announce its Omega series of smartphones on December 5, via its Twitter handle at 12pm IST. The company had gone on a similar social media blitz before unveiling its Hive UI – its custom flavor of Android - back in August this year.

Details about Xolo's purported Omega series of smartphones is still sketchy at best, with literally no information of the device's technical specifications or price. Further, it isn't even clear if the company is planning to market the upcoming device as a more premium product, or the regular run-of-the-mill smartphone.

It will be interesting to see what Xolo will cook up, especially at a time when its parent brand Lava has come under fire from rival Karbonn to retain the third spot in India's smartphone market. Lava currently controls 8 percent of the market, but continues to run Xolo as a separate entity within the company.