Android One Goes To The UK With Karbonn&#039;s Sparkle V Launch | TechTree.com

Android One Goes To The UK With Karbonn's Sparkle V Launch 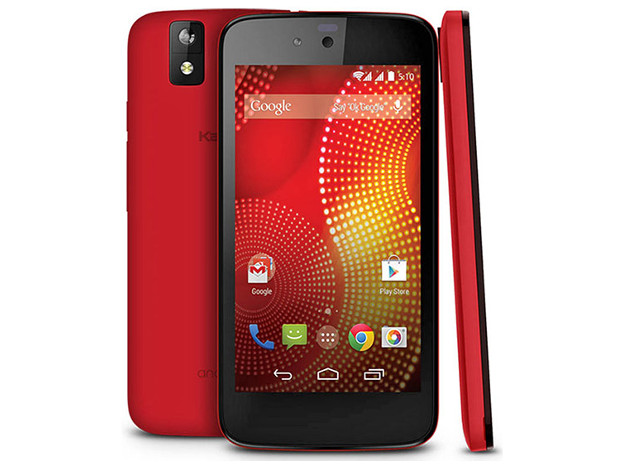 Google's low-cost smartphone program – Android One, has made its way to the UK with the launch of Indian manufacturer Karbonn's Sparkle V in the country. The device will be sold via online retail giant Amazon for £129 (approx Rs 12,500) or £99 (approx Rs 9,600) as part of the Black Friday promotion.

Unlike in India where the Karbonn Sparkle V goes up against the likes of the Moto E and Lumia 535, in the UK the device will compete with the larger Moto G and Lumia 635. The Android One program was kicked off in September this year, with the goal of bringing great devices to the sub-$100 smartphone space.

While that isn't necessarily the case with the launch of the Sparkle V in the UK, Google does promise to provide software updates for at least 2 years after the device's launch. Android One currently ships with Android 4.4 KitKat, but will receive the Lollipop sometime in January 2015 according to earlier reports.

Despite the massive push from Google for Android One in India, the devices haven't been able to severely dent the entry-level smartphone market in the country. Analysts claim the sub-par specifications of the device are to blame, along with the lack of publicity surrounding the benefits of software updates.

The Karbonn Sparkle V launched in the UK is identical to the device sold in India, featuring dual-SIM support, a 4.5-inch display, a 1.3GHz Cortex A7 chip and 1GB of RAM. The rest of the hardware remains the same too, with a 2MP front-facing camera, a 5MP rear unit and a 1,700mAh batter powering everything.

More manufacturers are expected to get into the Android One fold, including large names such as HTC and Lenovo. Further, with the signing up of Qualcomm as a component vendor, the possibility of Android One smartphones getting 4G connectivity has come to the forefront.

Apart from the Sparkle V, Karbonn has also launched its Titanium S6, A19 and A5S smartphones in the UK, with prices starting at just £49 (approx Rs 4,700). All of the company's devices will be sold via Amazon until the end of the year, followed by the devices making their way to UK's brick and mortar stores next year.