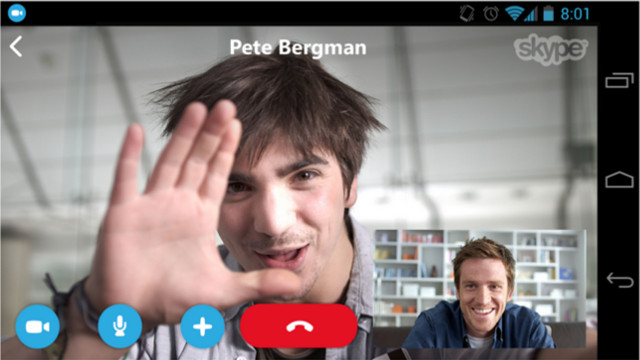 Microsoft has just rolled out an update for its Skype messenger on Android phones that allows users to view their conversation partners even while using other apps. The picture-in-picture feature was earlier available only on tablets, but since phones only seem to be getting larger by the day, it has finally made its way down.

The picture-in-picture windows runs on top of whatever app you may be using, and it can be easily moved around so that it doesn't always get in the way. It's a great feature to allow multitasking, while also keeping an eye on what the person at the other end of the conversation is doing.

The Skype update for Android also bring in several fixes, such as faster loading of chats when opened from notifications, and Google+ style formatted texts. Further, the update is just one of the few big changes Microsoft has got planned for its flagship chat messenger.

The one feature we're all dying to see is the real-time speech translation that Microsoft has begun rolling out on a test basis for a few users. The company has also made Skype a part of its Office Online apps, allowing users to easily chat with collaborators of a Word or PowerPoint document from within the apps themselves.