The new feature translates speech in real-time, allowing you to converse in a language you don't know 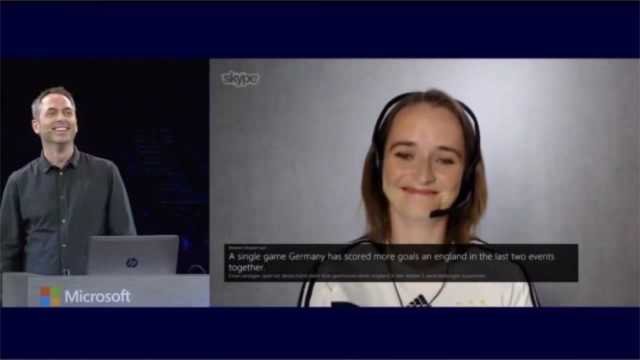 Microsoft announced the real-time speech translator feature for Skype back in May, and said the new feature should arrive on its IM service before the end of the 2014. In keeping with that timeline, the company recently released a preview version of Skype translator for Windows 8.1 devices.

The new feature, as its name suggests, translates speech in real-time from one language to another, while also providing a transcript at the bottom of the screen. While Microsoft doesn't specifically say how many languages the voice translation feature supports, Skype IM chat translation supports 45 different languages.

It's not hard to see how the Translator can be useful, becoming a necessity in the boardroom and eliminating the need to have a third person do the translating. In the preview the company showed us back in May, the feature though buggy, is pretty impressive in the way it handles long and complex sentences..

If you happen to own a Windows 8.1 powered PC or tablet, Skype Translator Preview is clearly something you should be interested in checking out. Head to the link to register yourself as an early tester of the the cool new feature, and maybe even leave us your feedback of using Skype Translator in the comments section.