Home » Mobiles » Panasonic Announces Its T40 Smartphone; A Multi-Tasker On A Budget

Panasonic Announces Its T40 Smartphone; A Multi-Tasker On A Budget | TechTree.com

Panasonic Announces Its T40 Smartphone; A Multi-Tasker On A Budget

The smartphone brings powerful multi-tasking at an entry-level price. 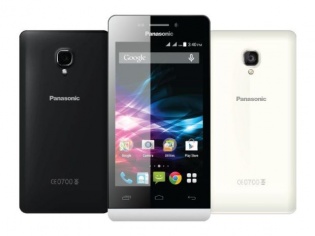 Panasonic has just announced its T40 entry-level smartphone in India. The smartphone comes with the usual entry-level specs, but has been designed to deliver more at a lower price in the Tier 1 and Tier 2 markets.

The Panasonic T40 is indeed not here to break any benchmark records, but has been built as a basic smartphone to run apps along with some casual gaming. One unique feature at this price point is the Pop-i Player that will deliver a video player with better multi-tasking capabilities. One look at the specs and you will realise that this is an affordable offering in a premium shell after all:

The Panasonic T40 will retail for Rs 5,990 and comes in Bright Red, white and Dark Grey. There is no word on availability just yet.