HTC Holds Back From Unveiling Its Wearables Until Next Year | TechTree.com

HTC Holds Back From Unveiling Its Wearables Until Next Year

The company isn't shelving its wearable plans, but says it's going to wait till it gets it right 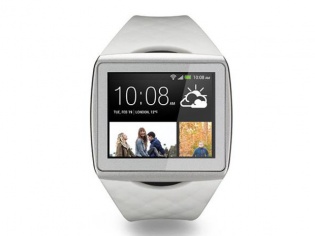 HTC is holding a press event later today, but has confirmed that a smartwatch of any sort isn't going to be unveiled just yet. Speaking to Re/Code, the Taiwanese firm said that a wearable launch was due for right about now, but the company is holding back from launching the device this year.

“We had originally planned to have a wearable launch in this time frame,” said Jason Mackenzie, head of HTC America. “It ended up just not being ready.”

Further, Drew Bamford, who heads HTC's Creative Labs said that the current crop of wearables on the market don't do much to earn their space on wrists. “We honestly don’t think anyone has gotten it right,” he added. HTC believes its development strategy will help it change that, but getting it right will require some more time.

Considering the limiting features of current wearables in terms of battery life and the fact that they are merely devices that deliver notifications to your wrist, HTC's move is more than justifiable. However, not having a product on the market means the company is losing valuable up-time, and could fall behind its rivals.

The company says its product will come to the market only when it figures a stronger use case, compelling users to strap the device onto their wrists. There are a plethora of wearables currently on the market, and while some are great, we can't help by side with HTC when they say there isn't a good enough reason to wear one everyday.