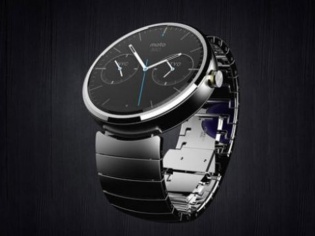 The Moto 360 was one of the most hotly awaited devices of 2014, but soon after its launch reports of its sub-par battery life did earn it some bad rep. However, the update pushed out by Motorola last week seems to have greatly improved the device's power management, with some users claiming the battery life has doubled.

The software update, known by build number KGW42R, focuses on Bluetooth connectivity and some other bug fixes, and seems to have hugely affected battery life. Users voiced their experiences on Reddit, with one of the more dramatic cases being a user reporting 30 hours of use with an amazing 53% battery remaining.

That however was possible with the Ambient Mode, which has the screen 'on' at all times displaying a watch face, turned off. Still, there have been tweaks made to the Ambient Mode as well which dims the display down to its lowest level, and runs a minimal watch face, which helps save charge.

While there's still no concrete proof of how much better the battery life of the Moto 360 has gotten, but it shouldn't be long before we have someone do a comprehensive test. If the battery life has in fact improved, it will be interesting to see if the Moto 360 can match LG's G Watch, which will help it win in terms of beauty as well as brawn.