Government To Ban Using Gmail And Yahoo Emails In Offices 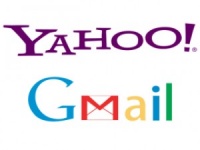 They are the new form of terror. The hackers attacking and stealing sensitive information from the government departments is one of the perils of being tech savvy.

In an attempt to reduce the exposure to such threats, Indian government is on verge of banning its officials from using the Gmail, Yahoo! and other service providers for official purpose.

The basic idea is to stop the sensitive information from being stored in servers that are outside India. It has to be noted that most of the servers of the email providers are situated outside India and the government has little control over it.

A new draft email policy will come into force by the Government, which states that services by National Informatics Centre (NIC) will be the only means of official email communication for all government work. NIC is the government’s official email service provider.

The report also stated that the NIC had provided official email IDs to more than 3.5 million employees.

While, this decision comes in the wake of recent news of around 5 million Gmail username and password being dumped on the internet, it is a decision with far reaching consequence.

Even though, this decision comes in the wake of recent news of around 5 million Gmail username and password being dumped on the internet, it looks like the process was started a long time ago.

The Indian government may also have been wary after the NSA snoopgate, where they were looking into the emails of and if they laid their hands on any of the sensitive documents there could have been a security breach.

While, it is a welcome move by the government, it might look like the officials might be in for tough times, as we are not sure about the server capabilities of the NIC.