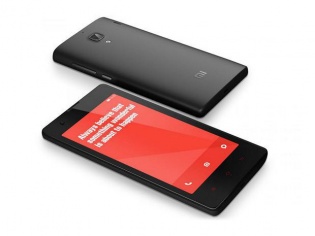 E-retailer Flipkart is all-set to host the third flash sale for Xiaomi's Redmi 1S entry-level smartphone from 2PM on September 16. The company has promised to release a batch of 40,000 devices this time around, which should be a far cry from matching demand given that 3 lakh prospective buyers are already sitting on bookings.

The Redmi 1S retails for Rs 5,999 and is sold exclusively via Flipkart in India. The product listing on the site clearly states that “Today's Redmi 1S sale will not include a complimentary screen protector and micro SIM card adapter”.

It should be interesting to see the response the Redmi 1S receive today, given that Google just unveiled three similarly priced Android One smartphones yesterday. While the Micromax, Karbonn and Spice devices can't match Xiaomi's hardware, users could be drawn towards the prospect of receiving regular updates from Google.

Moreover, given the limited stocks Xiaomi brings into India, users are subjected to long waiting periods to get their hands on devices. The newly launched Android One devices could be seen as a readily available alternative, hurting Xiaomi even further.

The competition in the entry-level smartphone market in India is only getting hotter, and it's now turned into a battle between brute forced hardware v/s a promise of seamless performance. It is yet to be seen if the Indian buyer is mature enough to look beyond flashy specs and focus on greater useability while making their decision.