It's clear that Microsoft wants to integrate its desktop, tablet and mobile OS, but so far we only know what the desktop OS will look like It is becoming quite evident that Microsoft is pushing for the unification of its desktop, tablet and phone operating systems with the next big Windows release. The company has already said that there won't be three operating systems, but with evidence that the 'Windows Phone' brand name is about to be dropped, things have gotten rather interesting.

The news comes at a time when we're also getting a clearer picture of what Windows for desktops will look like – a fusion of Metro with far more powerful desktop elements than Windows 8. Microsoft's new OS strategy looks a lot like Apple's where smartphones and tablets run on the same OS, while PCs run on a more desktop focused (non-touch) software.

Despite the numerous leaks doing rounds on the Internet, we don't really have a clear picture of what Windows for phones and tablets will really look like. There has been increased focus on the desktop capabilities of the next Windows build, which is fair enough, but we literally have no idea of what Windows Phone and RT will turn into. 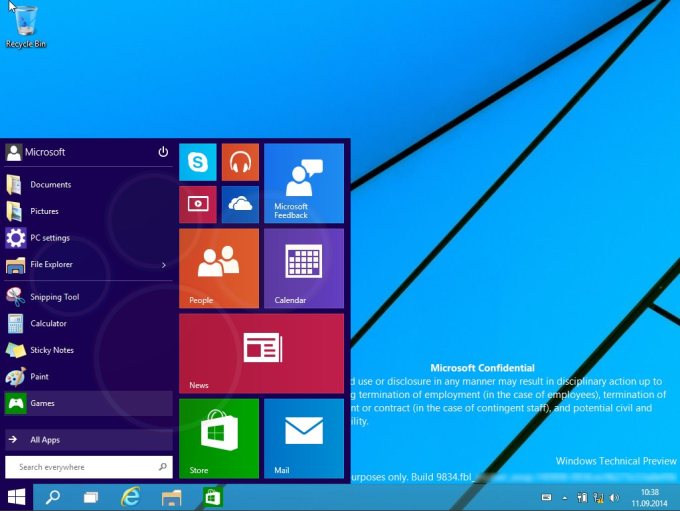 While Windows Threshold (Windows 9) will indeed get a Start Menu and Virtual Desktops, the addition of these elements holds almost no significance for touch devices. For now it looks like Microsoft is looking to undo the damage that Windows 8 did to its image as a leading maker of desktop software that in all likeliness extended to the broader Windows brand. It is yet to be seen if Windows 9 can provide a boost to the global PC sector which is already witnessing the return of stability after years of declining sales. With Apple and Google waiting to grab a share of the high and low-end PC market respectively, Microsoft has to do everything it can to stay ahead of the competition in a segment it still dominates.