Unlike pretty much every upcoming smartwatch, Sony's device doesn't sport a circular display 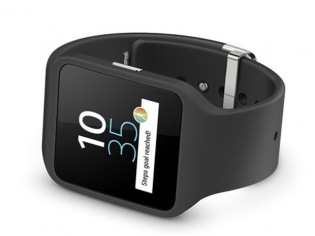 Sony has finally given into the allure of Google's Android Wear software, and unveiled the SmartWatch 3 at the ongoing IFA trade show in Berlin. The company earlier stated that it had no intentions to switch over to Google's wearable platform, predominantly due to the investments sunk into developing its own software.

However, for the third iteration of its SmartWatch series, the company has made it clear that the device will run on Android Wear, which has undoubtedly become the most dominant thing in the sector. Sony's Smartwatch 3 will be powered by a 1.2GHz quad-core processor coupled to 512MB of RAM.

The device sports a 1.6-inch display and a flaunts Sony's now trademarked IP68 waterproof standard. Unlike most of its competitors who are currently looking into round displays, Sony has stuck to a square form factor for the Smartwatch 3. Other key features include 4GB of storage memory, NFC support, GPS and a 420mAh battery.

Sony's new smartwatch will be charged via microUSB, leaving an open port on the side of the device, but means there isn't the need for one of those easy-to-lose charging cradles. The larger battery size also means the SmartWatch 3 should boast of significantly better battery life than the LG G Watch and Samsung Gear Live.

The SmartWatch 3 will go on sale sometime this fall according to Sony, and will retail for €230 (approximately Rs 18,000) in Eurpoe. It isn't known if the device will carry a similar price tag in India, but if it does, it's quite a premium over LG and Samsung's square smartwatch offerings.