Microsoft Could Unveil Windows 9 As Soon As September 30 | TechTree.com

Microsoft Could Unveil Windows 9 As Soon As September 30

Following the official 'first-look' Microsoft will release a beta version for early adopters, a public launch is expected in 2015. 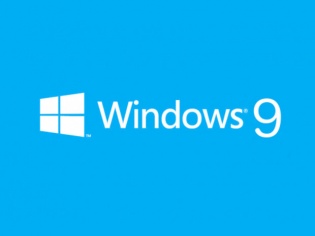 We've been hearing a lot about Microsoft's upcoming desktop OS, Windows 9/Treshold, but so far its only been via leaks and rumors. According to The Verge all that could soon change, with news of Microsoft officially unveiling its latest bit of software as soon as September 30.

The report adds that the company will make available a Windows 9 preview for early adopters soon after the unveiling, with a stable release coming for the public sometime next year. This is in keeping with previous rumors about the launch of Windows 9, however, the new report gives us a pretty certain timeline.

It is widely expected that Microsoft will roll-back some of the overtly aggressive touch features that made a debut on Windows 8. Keeping with that theme, users will get back the Start Menu and lose the Charms Bar – which works well using touch, but is an absolute pain to use with a non-touch PC.

Other leaks point at Windows 9 being this shape-shifting OS, that conforms depending on the type of hardware its running on. Based on the availability of a touch screen (like on a tablet) the OS will unlock features that work well with touch, but given its absence, those features will remain locked.

Other than that, we can expect Microsoft to work on the concept of Modern Windows (aka Metro) improving its non-touch experience. Other than that, we're going to have to wait for the Windows 9 unveiling to see what new features the legendary OS-maker brings to the table.