Micromax Is No Xiaomi Of India Reveals IDC Report | TechTree.com

Micromax Is No Xiaomi Of India Reveals IDC Report

Seems that Micromax hasn't beaten Samsung in India, like how Xiaomi did in China. 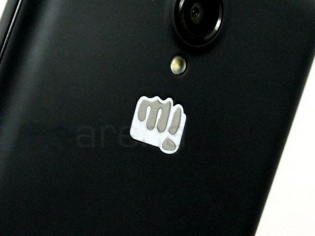 A recent report suggesting that Micromax had beaten Samsung to become India's largest mobile phone vendor turned the tech industry up on its head, but a recent IDC report has restored the Korean giant as Numero Uno.

Parallels were drawn between China's Xiaomi who triumphed over Samsung in a short span of four years, and Micromax, who did the same in India. Alas, Micromax is no Xiaomi of India (at least not yet) as revealed by an IDC research report.

In the second quarter of 2014, Samsung remained as the largest mobile phone vendor in the India, with a 17 percent market share. Micromax on the other hand took second place with a 14 percent share of the market, according to data revealed by research firm IDC. It's a pretty similar story when looking at just the smartphone segment in India, only here Samsung's lead over Micromax is much greater. The Korean firm controlled 29 percent of the Indian smartphone market, as opposed to Micromax's 18 percent.

Moreover, the report suggests products such as the Galaxy Star Pro and Galaxy S Duos helped Samsung register high volume of sales. This comes despite the company's claims of struggling in the entry-level market, after coming under attack from Chinese and Indian brands. While smartphone sales in the country grew by 84 percent year-on-year and the segment posted a 11 quarterly increase, the overall share of smartphones in the Indian market sort of stagnated in Q2. Smartphones made up 28% of the Indian mobile market in Q1, and grew by just a single percentage point in the following quarter.

Despite the growth in smartphone sales, an increase in the number of feature phone shipments is attributed to this phenomenon. Micromax seems to have been the benefactor for this increased demand for feature phones, giving its a change to steal the title from Samsung.