Will be working on optimising it with Android L as well. 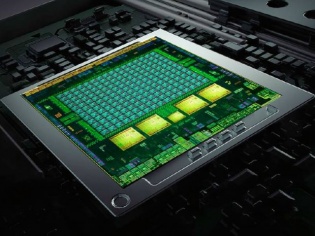 NVIDIA has finally announced the first of the 64-bit game-changing processors to come in the Android space. The NVIDIA Tegra K1 64-bit brings only a dual core architecture coupled with that 192-core GPU; but do not be fooled as the chipset packs quite a punch and even delivers console quality performance that can rival mainstream desktops. What is impressive is that each of the two Denver cores implements a 7-way superscalar microarchitecture; meaning that the core can run up to 7 concurrent threads per clock. This also includes a 128KB 4-way L1 instruction cache, a 64KB 4-way L1 data cache, and a 2MB 16-way L2 cache, which services both cores. Clearly this is almost desktop like performance, but NVIDIA says that dual-core CPUs deliver “significantly higher performance than existing four- to eight-core mobile CPUs on most mobile workloads”. What would probably be the biggest news is that NVIDIA is working with Google (if Google I/O was not enough of a show) to optimise the processor to work with Google’s latest Android L OS. So should we be expecting the next Google Silver handset to sport the same? As of now this pretty much seems like a possibility considering that Project Tango already uses the chips and Google’s Silver range is rumoured to show up in February 2015 with a 64-bit processor.