Timex Announces Ironman One GPS+ Standalone Smartwatch For The US | TechTree.com

Timex Announces Ironman One GPS+ Standalone Smartwatch For The US

This is clearly unlike the usual stuff that is available in the market because the watch can work all by itself. 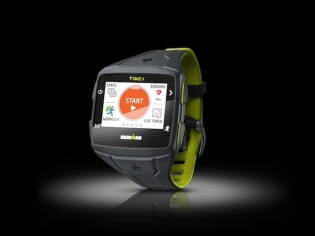 Timex has announced it fitness and sports activity smartwatch tagged as the  Ironman One GPS+. The smartwatch unlike most of the stuff we get these days, comes with its own cellular connection and will not need you to lug around your smartphone when you workout or train.

The device is mainly targeted at runners who would often not want to carry about a bulky smartphone to track and monitor their fitness data along with their current GPS location. The Ironman One GPS+ thanks to its own 3G radio that comes built in, will triangulate your location and track your speed and distance as well. Clearly this is a watch built for training triathlon runners who often find themselves, running, swimming and cycling all in one race. The smartwatch is indeed a bulky one; clearly, it was not designed to make a fashion statement and delivers water resistance at up to 50 meters. In fact, it gets more practical with 4 GB of internal storage for music which can be streamed via a Bluetooth headset. The Ironman One GPS+ can also do a lot more. Since it does have a radio, it comes with built in custom software for sending SMS and email-based wireless messaging, right from your wrist. Also included is an SOS function for emergency situations.

The One GPS+ will cost you 399 USD (approx. 24,476 INR), uses Qualcomm’s Mirasol (always on) display and will only available via AT&T’s network in the US, when it is launched later this year. The heart rate monitor will be sold in a separate kit.