This will be the company's flagship phone in India 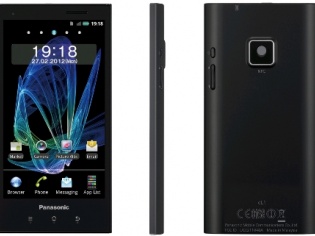 While the smartphone market is flooded by the Chinese and Korean companies, looking to cash in on the growing market is the Japanese company Panasonic as it launched the first of its Eluga series phones – Eluga U – at a price of Rs. 18,990.

Panasonic is already selling its phones in India, but it hasn’t been able make a mark in the market and looking to emerge as a major player with the new series.

The 5 inch smartphone has an impressive display of 720p display with Corning Gorilla Glass 3 protection and is powered by a Snapdragon 400 quad-core processor paired with 2GB of RAM.

Eluga U has a 13-megapixel rear camera with auto focus and LED flash and 2-megapixel front-facing camera, which makes it competitive.

Running on the latest Android 4.4.2 KitKat, the phone boasts of impressive 16GB internal memory and is expandable upto 32GB.

The smartphone sports a single hand operative "Fit Home' user interface specially designed for Eluga series along with some unique features like 'Kwik Lock' where the user can double tap the homescreen to lock.

It boasts a unibody design and will be available in black and white variants.

Speaking about the strategies of Panasonic India, Manish Sharma, Managing Director, Panasonic India said that, "Our basic strategy involves better design and performance of the smartphones, Durability and Reliability and Empowerment to the customers."

This latest offering by Panasonic puts it directly in competition with the Xiaomi Mi3, which is going out of stock as soon as it is put up for sale on Flipkart.

While the interest in Xiaomi may hit Eluga U, it also places directly in line with the HTC Desire 616 and Galaxy Grand, which are almost similarly priced.