Home » News » Apple Gets Patent For Smartwatch, Is This The iWatch?

Apple Gets Patent For Smartwatch, Is This The iWatch? | TechTree.com

Apple Gets Patent For Smartwatch, Is This The iWatch?

This is what the Apple had thought of in 2011 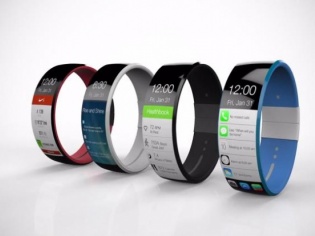 As added evidence that Apple is designing a smartwatch, the US Patent and Tradeamark office awarded the company a patent for the wrist-worn gadget with a touch screen and ability to communicate with a smartphone.

“The invention pertains to an electronic wristwatch,” wrote Apple in the filing for U.S. Patent 8,787,006, which was submitted in July 2011 but made public on Tuesday.

It describes “an electronic wristband to be worn on a wrist of a user” that has a receptacle for a “mobile electronic device.” That mobile device is a small display module that can be clipped into the wristband when needed. 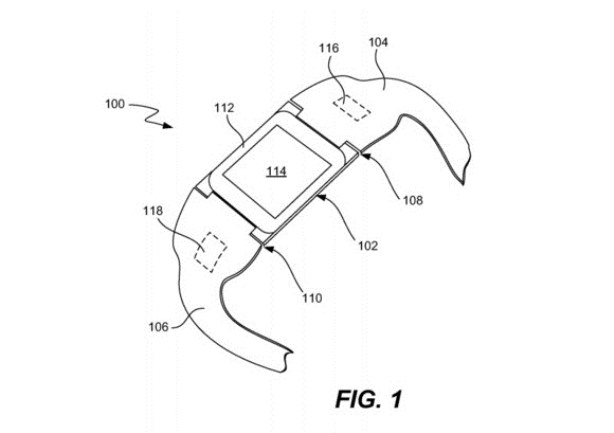 The display portion is a mobile device in its own right and functions while not clipped into the wristband. Once connected together, the wristband and mobile device form a smartwatch that can communicate with a second device such as a phone, tablet PC or desktop computer, the patent said.

The wristband might include haptic sensors that allow for control with gestures “with one’s arm or wrist.”

In some of the drawings that make up the patent, the watch device is labeled “iTime,” although that name isn’t claimed as a trademark with the USPTO.