Home » Internet » Google+ Is About To Get A Bit Creepy; Removes Name Restrictions

Google+ Is About To Get A Bit Creepy; Removes Name Restrictions

For those of you who have been waiting to spy on someone with a different name, you will be rejoicing. 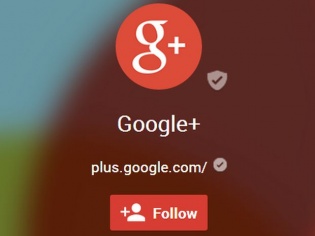 Google+ has put up a post on its +page informing it users that it has now lifted the restrictions on its account naming policies. The internet search giant had apparently received tonnes of requests from users who wanted to get onto the social network without revealing their real names and Google has given them just that.

So for now we should expect a mass exodus of Facebook users jumping on to Google+ because it is indeed a free world out here.

“Over the years, as Google+ grew and its community became established, we steadily opened up this policy, from allowing +Page owners to use any name of their choosing to letting YouTube users bring their usernames into Google+. Today, we are taking the last step: there are no more restrictions on what name you can use.”

Get ready to see some whacky names showing up on your timelines which could in all probability belong to your own friends. Facebook does have naming restrictions in place and will reject your name at signup if you happen to type in something really odd. We wonder about how long Google will allow this, as things could indeed get a bit too messy with so many fake identities floating about on the social network.