Windows 9 Will Adapt Its UI Depending On Device And Accessory | TechTree.com

Windows 9 Will Adapt Its UI Depending On Device And Accessory

After a lot of hits and misses Microsoft wants to get things right with Windows 9 aka ‘Threshold’. 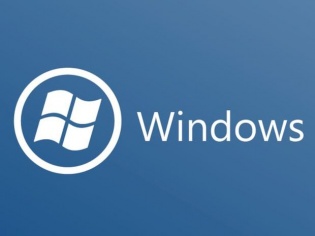 Windows 9 also known as ‘Threshold’ will apparently be the most adaptable UI the world has ever seen. It looks like Microsoft wants to get things right for once and hit the sweet spot for those looking for an OS experience that will change depending on the accessories you are using and the system that it is installed on.

Windows 9 will apparently work on all types of devices, be it desktop, tablet and even mobile. The system will apparently adapt itself to run with a particular UI depending on the device it has been installed on. Moreover, ‘Threshold’ will also change its UI depending on what accessory is being used. Plug in a mouse and the tiled interface disappears. Unplug your mouse and your touch screen with the Modern UI becomes active once again.

In short, Microsoft wants to unify the Windows user experience and deliver one complete solution to cater to a user’s needs no matter which system they are hooked on to at the moment. Desktop users have often complained about how Windows 8.1 is not the best UX when it comes to using it with a mouse will have their prayers answered. Clearly, Microsoft built the OS considering that most Windows users will be using touch screens in the future, but that has not happened. Moreover with Windows 7 being thrown out of the “window” most users have no choice but to switch to the newest iteration of Microsoft’s age-old operating system with a modern twist.