Home » News » Google To Tie Up With MediaTek For Android One

Google To Tie Up With MediaTek For Android One 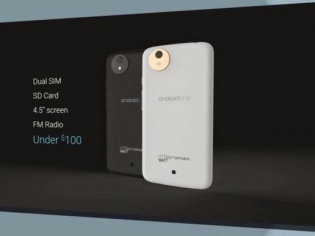 The aim of the Android One platform is to lower the cost of the mobile phones and according to reports Google is collaborating with MediaTek for the same.

Ever since the Google announced its Android One platform for the cheaper handsets, there have been speculations about the hardware for phones.  This is because it is the hardware that plays an important role in the pricing of the handset.

MediaTek has been the most preferred chipset by the low-cost smartphones, as it is cheaper compared to Qualcomm. So it is no surprise that Google is looking at MediaTek when it is talking about taking Android to the masses.

Google has named three OEM’s – Micromax, Karbonn and Spice for the Android one program, and according to Digitimes, all the phones on this platform would be running on MediaTek chipsets.

The report also states that MediaTek which is the second largest chipmaker in the world, will have access to the latest Android software and firmware.

According to Google’s vision, the company will set up a bunch of hardware and software guidelines and reference design platforms for OEMs to create these devices for emerging markets.