Home » Tablets » Notebook, Netbook Sales Up By 66% In India

Notebook, Netbook Sales Up By 66% In India

While there have been talks that tablet market is declining, it has registered a 76% percent growth. 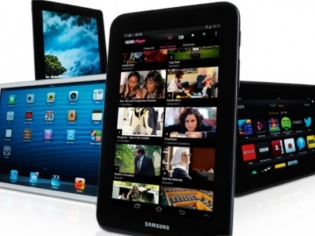 The Notebook and Netbook market grew by 55 percent in 2013-14 and the overall sales in the PC market was up by six percent owing to the negative growth of the Desktops, according to findings by the MAIT, the apex body representing India’s IT hardware.

MAIT announced the findings of its Annual Industry Performance Review for the financial year 2013-14 on Wednesday. The annual MAIT Industry Performance Review – ITOPS, is conducted by India’s leading market research firm IMRB International, is a survey of the IT hardware sector’s efforts to manage the business environment, gauge the market potential and consumer trends.

Key highlights of the study:

Commenting on the findings and the performance of the IT hardware industry, Amar Babu, President of MAIT, said, “The overall IT hardware industry struggled to keep up with the projected growth rates. On the whole we have witnessed mixed trends in the sector with some segments reporting strong growth patterns while few reported slow or negative growth rates. The sector has immense growth potential and we are hopeful that the upcoming budget addresses the issue of correction in duties anomalies which is needed for the overall growth of the IT hardware market in India.”

The annual MAIT Industry Performance Review- ‘MAIT-IMRB ITOPS’ involved face-to-face interviews with over 28,000 respondents selected randomly across 35 cities in India. The MAIT-IMRB study was initiated in 1996-97 and encompasses broad product segments — Desktops, Laptops, Tablets, printers, and other peripherals. Apart from the yearly review, a supply-side estimation module is used to monitor industry performance every half-yearly, alternating with the annual review.

Anwar Shirpurwala, Executive Director of MAIT opines, “As the IT Hardware market touches $ 12.43 billion, we are optimistic about more than double digit growth of tablet PCs, Notebooks, Inkjet printers for the year 2014-2015. We expect 100 percent growth of smartphone during this time period with 4G networks getting rolled out and increased uptake of 3G data services. Also, the government promising to take corrective steps to boost manufacturing, we expect the IT hardware sector to benefit from it in the coming years.”

Biswapriya Bhattacharjee, Group Business Director, BIRD, IMRB International said, “Establishments have shown an impressive growth largely driven by increase in adoption of technology products among SMBs. This clearly indicates that SMBs are seeing Technology as a way to increase business growth. This can be further propelled by launching tailor-made programs that can handhold SMBs in technology adoption which would in-turn drive the Indian Economy. We are happy to learn that MAIT is launching a major initiative for SMEs, this will propel the growth further.”